Do you know our brain is always looking for the order, symmetry and uniformity around us? Even in the chaotic world, it looks for something meaningful.

We can say that our brain is wired to see structure, logic & patterns. And, designers around the world use this ability of the human brain to construct beautiful designs, ads and packaging.

And, this in the design stream is defined as "Gestalt principles of visual perception".

"It's the psychological ability of our brain to recognize complex patterns, shapes and colours." 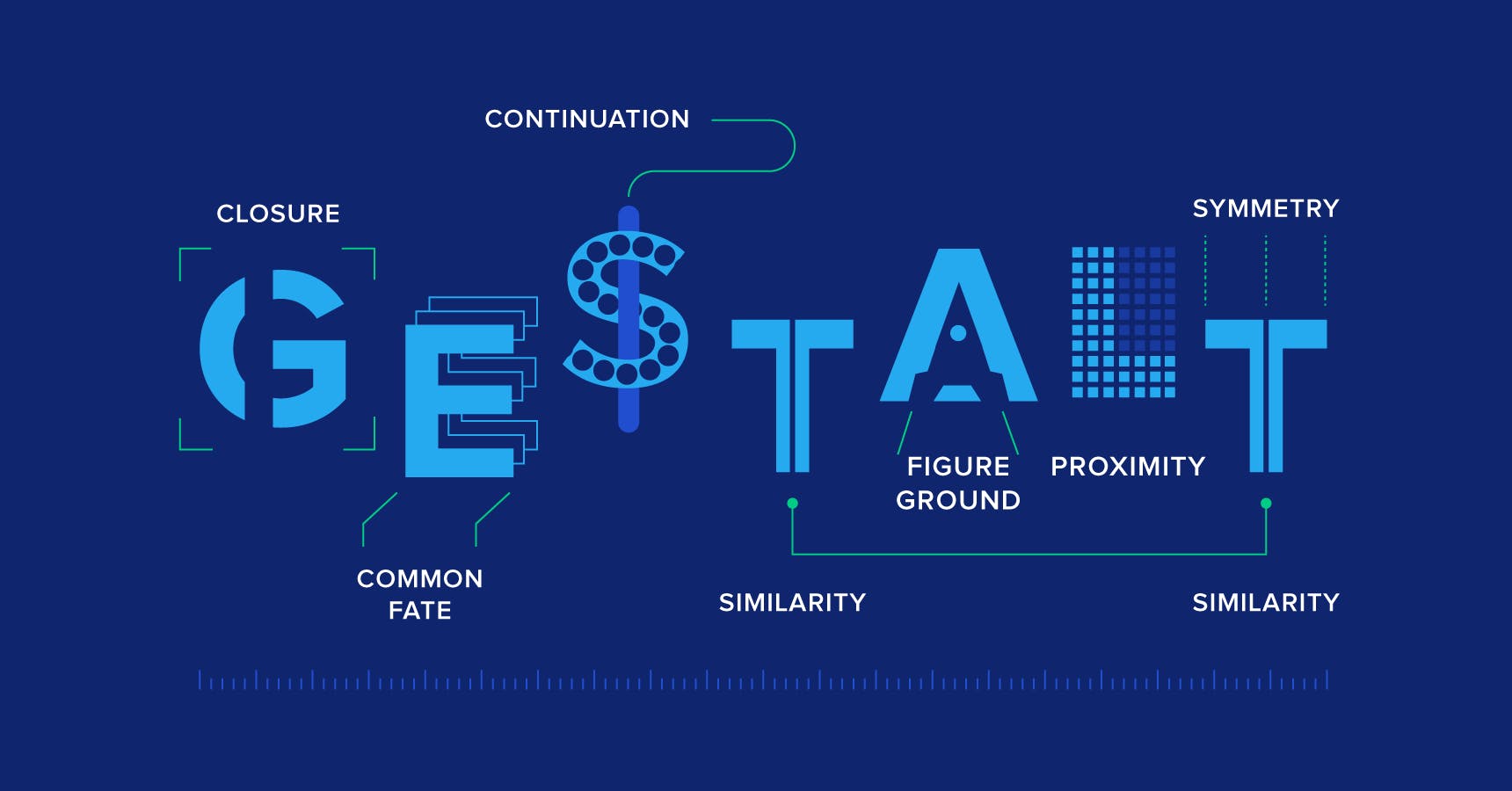 So, quickly let's learn some basics about these principles. We'll go through all the principles one by one with examples.

Let's start with our first principle, Figure and ground.

"It states that people perceive objects as either being in the foreground or the background."

If you see; questions are easy. Provided you have thoroughly read about it! 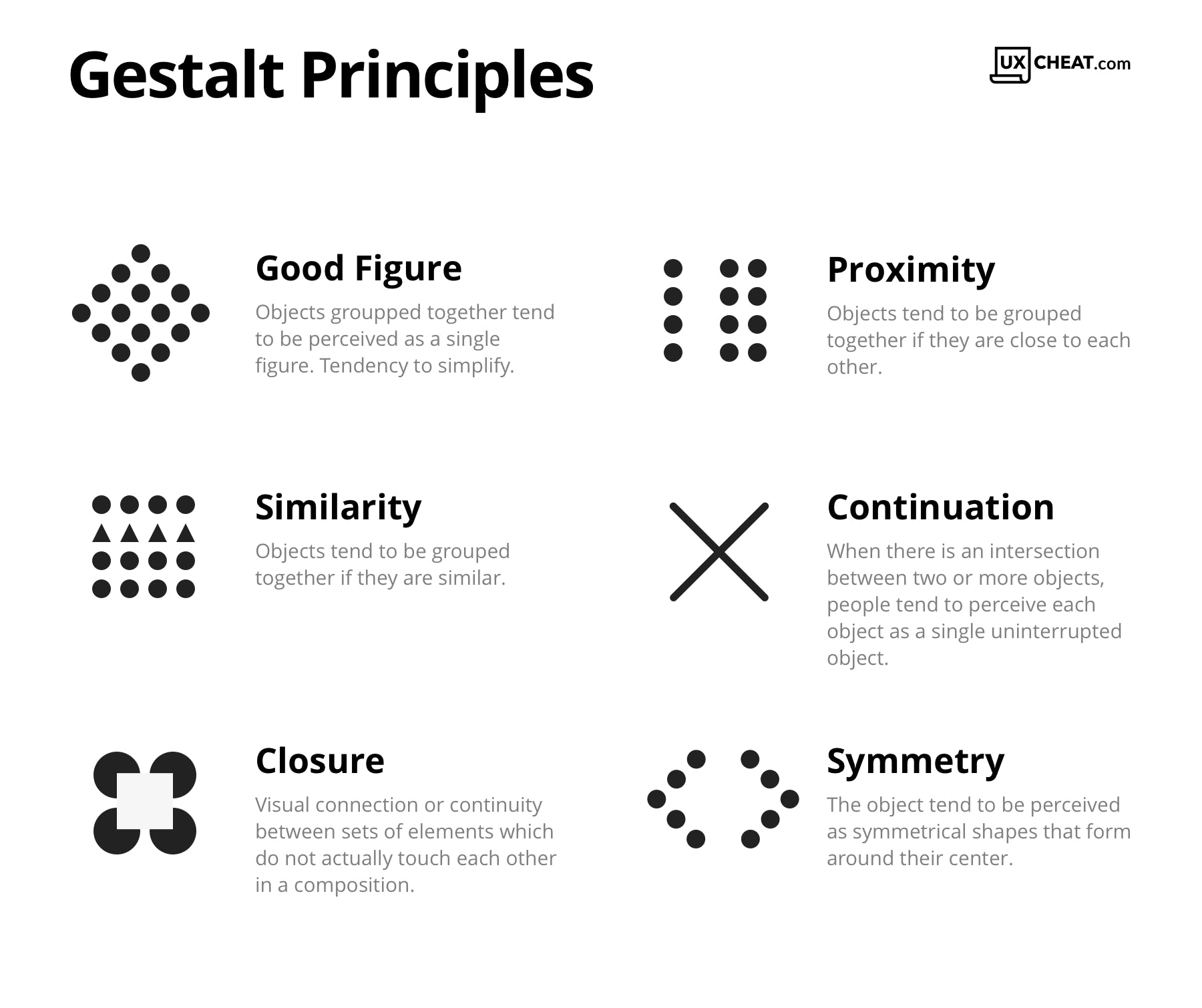 The next principle is Similarity. It states that when things appear to be similar to each other, we group them.

Next is the closure principle.

"According to this principle, when we look at arrangements of visual elements, we tend to look for a single recognizable pattern."

Moving ahead, the principle of Continuity. It states that whenever we see the element inline or curve, our brain relates to it easily.

Then, coming to the symmetry and order principle, which’s a very common principle. It states that your brain will perceive ambiguous shapes in an as simple manner as possible.That means, whenever our brain come across complicated shapes...it'll break them into basic geometrical shapes. 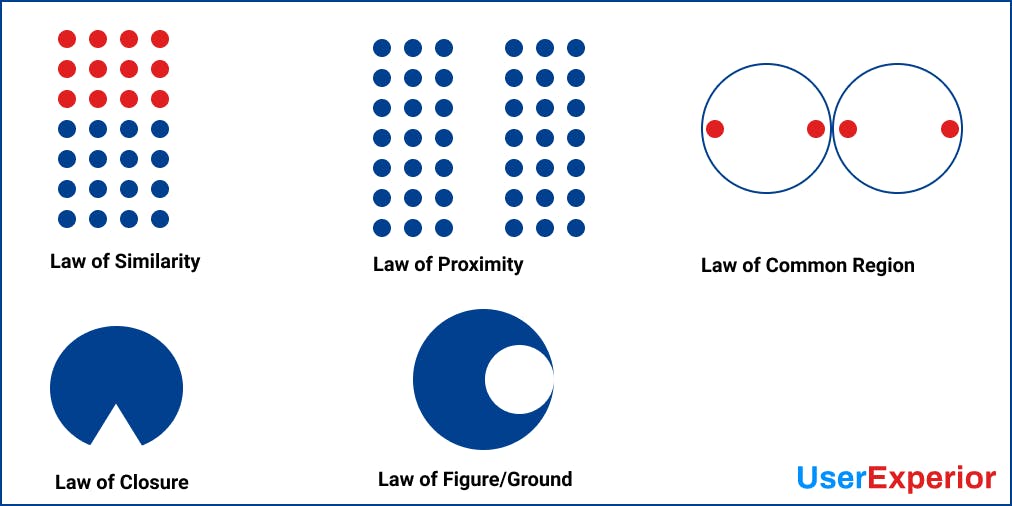 And, that's it for gestalt principles. These are very important and at the same time, very interesting topics to study.

Don't forget to watch this video in case you're still doubtful regarding Gestalt principles of visual perception. :p

Kaphal Studio is a modern, internet university for creators that brings community and learning together. We aim to prepare designers for the startup economy. We offer a new approach to online education through synchronous cohorts with an emphasis on peer-to-peer learning.